By JOAN G. LA BARR
Special Contributor
When Methodist movement founder John Wesley instructed his preachers to use all their time in the work of God, he must have had someone like the Rev. “Guy” Mande Muyombo in mind. Rev. Muyombo, a doctoral candidate at St. Paul School of Theology in Kansas City, is director of the startupKamina Methodist University in the North Katanga area of the Democratic Republic of the Congo.
With master’s degrees from both the United Methodist Africa University in Zimbabwe and St. Paul, Rev Muyombo’s goal is to build his fledgling university into a strong institution that will train emerging Congolese leaders in their own land. He is especially intent on empowering and educating women, with his own wife, Blandine, a fellow graduate of Africa University, as a shining example.

Cox Chapel of Highland Park UMC has provided $10,000 to put a roof on a dorm that will house 100.
The Cox Chapel congregation of Highland Park UMC is helping make these big dreams come true with a $10,000 gift to roof a soon-to be- complete dormitory that will house 50 men and 50 women. A safe place to live is particularly important for the women, who still confront strong cultural barriers in their aspirations for higher education.
Bill Overthier, Cox Chapel mission committee member, caught the vision of helping Kamina University when Rev. Muyombo spoke toHighland Park Sunday School classes in February.
With the support of Cox Chapel pastor, the Rev. Jeff Hall, the group voted to fund the roof project as part of its “Vision for Christ” to be a catalyst for outreach efforts that have the potential to thrive with some seed funds.

The Rev. “Guy” Mande Muyombo was the student director of the Africa University Choir, which toured Texas in 2008. Today he is building a university in the Republic of Congo that started with 144 students in 2006 and now has more than 400.
The relationship between Highland Park and Rev. Muyombo dates to when he was studying for his first master’s degree at the Institute of Peace Leadership and Governance at Africa University. He was also serving as student director of the Africa University Choir, which toured Texas before the 2008 General Conference in Fort Worth.
Highland Park UMC members Lisa and Mac Tichenor were hosts for some of the choir members, including Rev. Muyombo.
As Lisa and Rev. Muyombo talked, they discovered both had recently lost children. The Tichenors’ son, Willie, died of cancer, and one of the Muyombos’ infant twin daughters died of malaria.
The families kept up communication as the Muyombos moved to Kansas for his theological studies.
While at St. Paul, the Muyombos had another daughter, Christelle, who will be 2 in November.
When Rev. Muyombo returned to his native Congo, the North Katanga Annual Conference Bishop Ntambo Nkulu Ntanda handed him a huge challenge — director of the small Methodist School in a remote area that had been devastated by civil wars dating back decades.
Many of the region’s children had been captured by rebels and forced to become child soldiers.
Many of the women had been raped and brutalized. Almost no family had escaped unscathed.
In the midst of the brokenness, The United Methodist Church continued to grow and reach out. The church built an orphanage and developed numerous social programs. In 2006, Kamina Methodist University started with an enrollment of 144 students, only 15 of whom were female. The school began as a satellite of the Methodist University of Katanga, known as Mulungwishi.

Eighty-eight women attend Kamina Methodist University despite cultural barriers in the Democratic Republic of the Congo.
The university has now grown to more than 400 students, including 88 women, with schools of information management, theology, psychology and education, with plans for more curriculum offerings.
The United Methodist Womensupported 39 of the women students with scholarships.

Students are instructed in a computer class. The first class majoring in computers graduated Oct. 15.
The first class of theology, psychology and education majors graduated last year. The first class in computer science graduated Oct. 15, along with the second class in the other three disciplines.
University leaders are looking forward to completing the dorm space this month.
“The roofed dorm is a salvation for many students who are struggling to find a place to stay because they are coming from remote areas and villages outside Kamina and in the whole of North Katanga. This is going to help the female students especially and give them a safe space to live,” Rev. Muyombo said.
The completion of the dorm, indeed any building at the university, is cause for celebration. The rural setting has limited road access to cities where materials can be purchased.
Amid the successes, struggles continue. In the last academic year many of the students, especially women, were unable to pay all their tuition and other fees. University leaders decided to let them write their exams in spite of that.
Current needs include more scholarships, classrooms, chairs and desks, plus computers. Tuition and fees for one student are $400 annually.
Anyone wishing more information on the university and ways to help is invited to contact the director at guymande20022000@yahoo.fr or Lisa Tichenor at lwtichenor@gmail.com.


http://www.northtexasumc.org/_blog/North_Texas_Conference_News/post/Building_a_new_university_in_Africa/?fb_comment_id=fbc_10150656648
Posted by Taylor Walters Denyer at 5:43 AM

Newer Post Older Post Home
Subscribe to: Post Comments (Atom)
Welcome to KMU!
We are a young United Methodist related university with big dreams for the future of our region, country, and planet. Located deep in the heart of the Democratic Republic of Congo, we are striving to create a center where emerging Congolese leaders can obtain an affordable world-class education without leaving Congo.
To learn more, find us on Facebook. 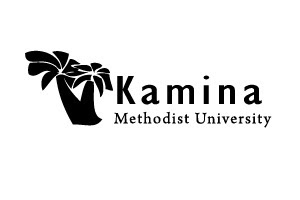